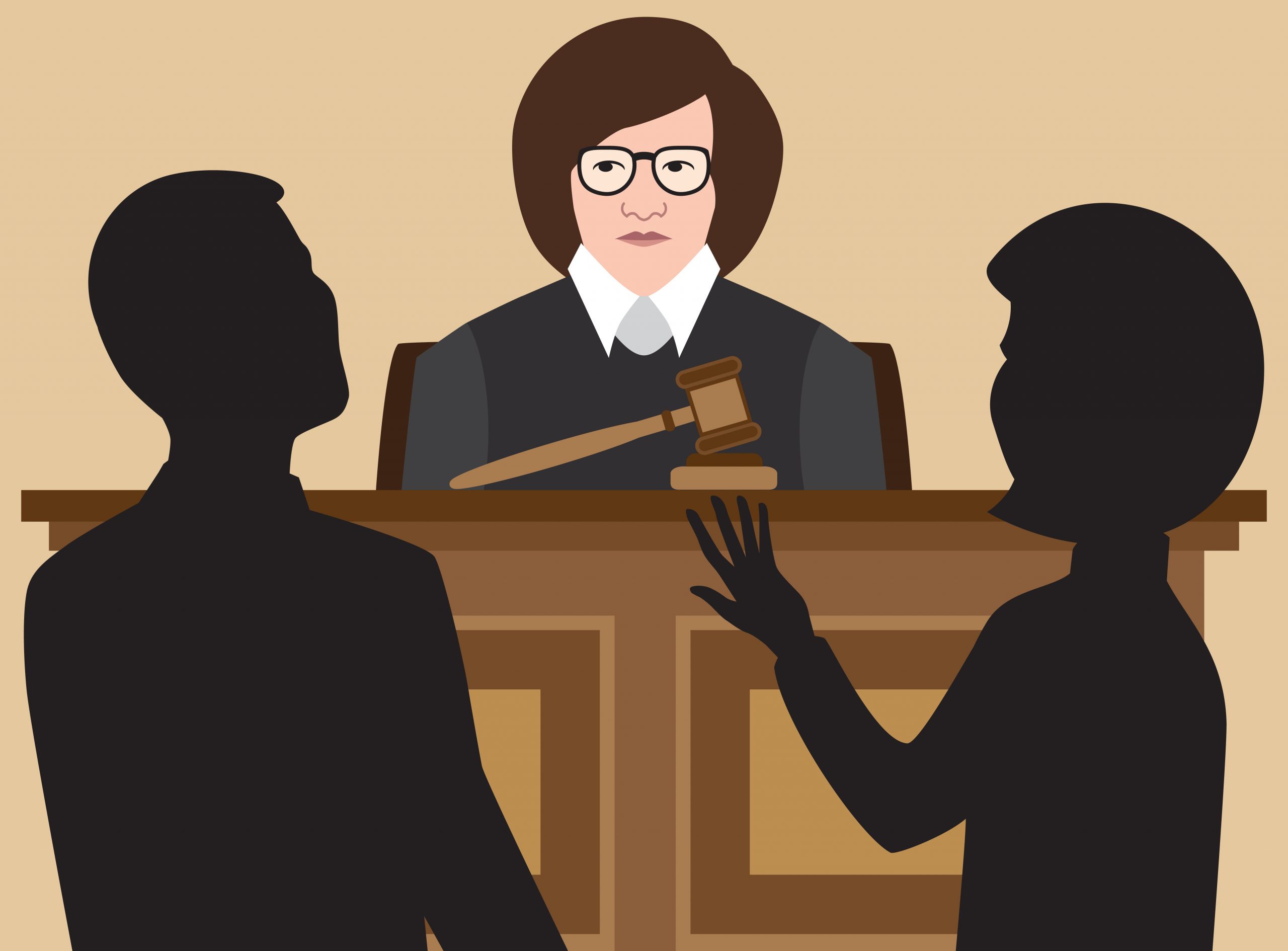 Going to the court hearing:  On the day of the hearing, go to the courthouse and find the department where your hearing is going to take place. Take a note pad and pen with you.  It is best to arrive early.  For many courthouses, parking can be a serious problem so give yourself plenty of time.

When the judge calls your case, walk up to the front and sit at the table.  You and the other party will be asked to take an oath or affirmation where you promise to tell the truth.  Then, there will be a back-and-forth discussion involving you, the judge, and the other party.  The judge will listen to each of you.  The judge will ask each of you questions.  The judge will try to determine who is telling the truth.  Hopefully, the judge will have read all of the paperwork you previously filed with the court and he or she will be familiar with the claims being made by each party.  If the judge has read your paperwork, you won’t need to repeat any of the statements in your paperwork.

If the other party filed a Response (DV-120) and served you with a copy, you will probably want to tell the judge your response to whatever false or misleading statements the other party included in their DV-120.

You use questions to make statements and, hopefully, get the other party to make admissions.

The other party or his or her attorney will be given an opportunity to ask you questions.   Listen to each question.  Take a moment to think about your answer and then answer the question.

Don’t interrupt anyone during the hearing, particularly the judge.  Even if the other party starts lying, don’t interrupt, but wait for your turn to tell the judge the truth.

Continuing or Concluding the Case

If your DV-100 asks for lots of different kinds of orders (i.e., restraining orders; child custody orders; support orders; etc.), the judge may decide to deal only with the restraining orders at the initial hearing and then set another hearing to deal with custody or support issues.

At the conclusion of the hearing, after the judge has listened to both sides, the judge will decide what kinds of orders will be issued.  All of your requests may be granted.  All may be denied.  The judge may grant some orders and deny other orders.  If the judge grants orders, the judge will also decide how long those orders will last.  The orders may last up to five years. When the judge starts making his or her decisions at the end of the hearing, try as best you can to write down all of the judge’s decisions because you may have to prepare the “Restraining Order After Hearing” (DV-130).  It will be very difficult to prepare the DV-130 if you did not take notes at the end of the hearing about the judge’s decisions.

You want to prepare the DV-130 on the same day as the hearing because any temporary restraining orders (TROs) previously issued by the court will expire that same day.  You want the new orders that are contained in the DV-130 to be in place before the TROs expire.  After you have prepared the DV-130, make three copies and take it back to the court and ask the court clerk what steps you need to take in order to get the judge to sign your DV-130. After the judge signs your DV-130, file the original with the court clerk.  The court clerk will give you filed-endorsed copies.  The court clerk will also forward a copy to law enforcement to be included in the CLETS Database so police everywhere in the State of California will be able to confirm the existence of the orders.

Serving the “Restraining Order After Hearing” (DV-130) on the other party:  If the other party violates a protective order that is set forth in a DV-130, they can be arrested, charged with a crime, and fined.  Before a law enforcement officer will arrest someone for violating a DV-130 order, the officer needs to confirm that the person was aware of the terms of the order.  If the other party attended the hearing at which the judge made the orders, that person obviously heard the judge make the orders, and no other proof of service is needed.  The DV-130, in item #25, will state that both parties were at the hearing and that no other proof of service is needed.